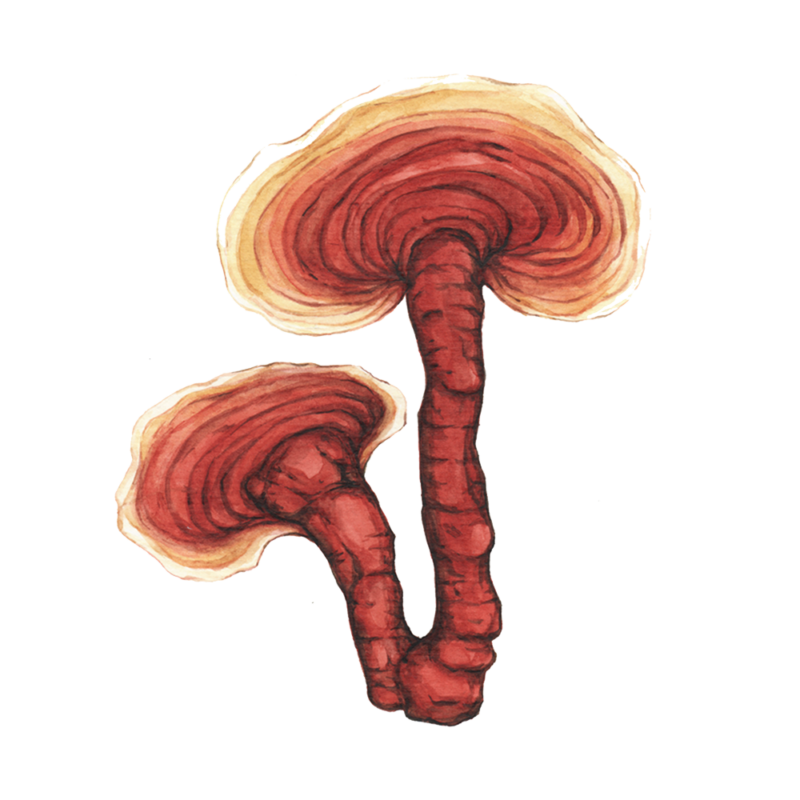 For more than 2,000 years, the Reishi mushroom (Ganoderma lucidum) has been used in Traditional Chinese Medicine (TCM), where it is known as Lingzhi. The earliest written record of the use of Reishi as a medicine comes from the Han dynasty, dating back to the 3rd century, CE. Also known as the “Mushroom of Immortality,” and the “elixir of life,” it grows on downed hardwoods like Oak, Elm or Maple in warmer regions. A large mushroom with a shiny, swirled red-orange surface, it can be found growing in China, Southern Pacific regions, and in the southern parts of Europe and the United States.

Recent studies indicate that the primary active components of Reishi appear to be alpha- and beta-glucans and triterpenes, which provide immunological stimulation that can have antioxidant, antiviral, blood sugar and blood pressure lowering, and potentially, anti-cancer qualities.

More recently, in preliminary clinical (human) studies, Reishi has shown promise in reducing the symptoms of depression and anxiety. In one study, where depression was not an area of intended focus, it found that in breast cancer patients, there were significant improvements in both anxiety and depression after using Reishi for 4 weeks.

According to a recent review of the medicinal potential for Reishi, “the pharmacological potential was observed in diabetes, inflammation, epilepsy, neurodegeneration, cancer, anxiety, sedation, cardiac diseases, depression, hepatic diseases, and immune disorders; however, most of the studies are preclinical with a number of drawbacks.”  In other words, despite the fact that Reishi mushroom offers a wide range of benefits that have been documented for over 2,000 years, the scientific community has yet to commit the resources necessary to support what cultural, historical, and ancestral knowledge confirms.

The Reishi mushroom’s body and mycelium (network of threads) are utilized whole, or dried and used as powders and extracts.